Do You Struggle With Sleep Apnea?

Have you ever wondered why you may be snoring? There are many potential reasons, but have you ever considered sleep apnea as the reason? Sleep apnea is a sleeping disorder that can be diagnosed due to abnormal reductions in breathing while someone is asleep. This can result in a reduced quality of sleep and could potentially lead to serious health consequences. While this disorder is common in the United States, it often goes undiagnosed because it can be hard to tell your symptoms in your sleep. Understanding the different types of sleep apnea can minimize the potential health effects in the future.

What is Sleep Apnea?

According to the Mayo Clinic, sleep apnea is a breathing disorder that contributes to abnormal breathing patterns while asleep. People who suffer from sleep apnea have reductions or pauses in breathing for short periods of time while asleep. These repeated pauses in breathing can cause a person to wake up while they sleep which reduces their sleep quality. People who suffer from sleep apnea may not remember whether or not they are waking up which makes the disorder hard to diagnose. There are different types of sleep apnea disorders categorized by the cause of breathing disruptions.

Signs You May Have Sleep Apnea

If you do not have a partner who witnesses disruptions in your sleep, sleep apnea can be difficult to diagnose. However, it may be beneficial to talk to a doctor about sleep apnea if you are showing any of these other symptoms:

Obstructive sleep apnea (OSA) is the most common type of sleep apnea, affecting 10% to 30% of adults in the United States, but many cases go undiagnosed. It occurs when the airway at the back of the throat gets blocked or is restricted while sleeping which can cause snoring. As a result, the person usually wakes up trying to catch their breath which can sound like snorting or choking.

Central sleep apnea (CSA) is the disruption between the communication of the brain and the muscles that control breathing. This causes breathing to become shallower and have temporary pauses. Less than 1% of people have central sleep apnea which is much less than obstructive sleep apnea.

Oftentimes people who have obstructive sleep apnea’s muscles in the back of their throat relax while they sleep which reduces space for air to flow through. Snoring occurs in narrow airways when a person does not get enough oxygen. These disruptions will happen repeatedly during sleep.

There are some daytime symptoms caused by obstructive sleep apnea since your normal sleep schedule is being disrupted.

A common treatment used for obstructive sleep apnea is positive airway pressure (PAP). PAP keeps the airway open with a machine that pumps pressurized air through a machine with a hose and mask worn on the face while sleeping. PAP machines are only available with a prescription from a doctor, and the air must be carefully calibrated in a process called titration. Titration will occur during a sleep study.

For patients with obstructive airways, surgery can remove the tissue in the throat to expand the airway. Another surgical treatment requires implanting a device to stimulate a nerve that helps control breathing.

Central sleep apnea becomes a problem for how the brain communicates with the muscles responsible for breathing. People diagnosed with central sleep apnea have a part of their brain called the brainstem that fails to properly recognize the carbon dioxide levels in the body during sleep. This results in repeated episodes of slower and shallower breathing while sleeping which causes CSA.

Some symptoms, like snoring may be hard to detect unless by a partner or a sleep study. Many of these symptoms are common to other health issues, so you cannot be diagnosed based on symptoms alone.

Central sleep apnea treatments focus on addressing the issue causing abnormal breathing. If symptoms are mild, treatment for the underlying issue might be all that is needed. If symptoms of central sleep apnea are severe additional treatment may be required to improve breathing while also fixing the underlying problem. This could include using PAP machines to steady breathing during sleep. Other treatment options include supplemental oxygen therapy or medication to sleep up breathing patterns.

Sometimes all you need is a new mattress! At Wholesale Mattress Center, we want to make sure you are getting the best rest possible. Contact us today and we can discuss which mattress is right for you! 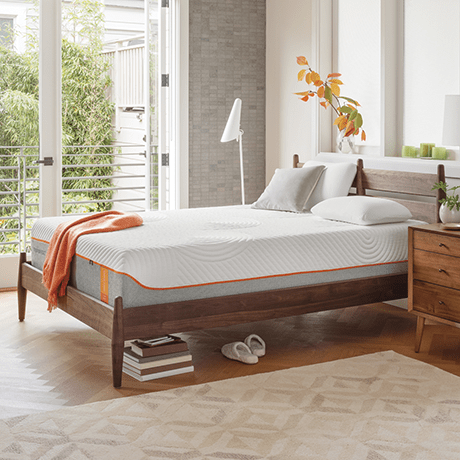 Wholesale Mattress Center is a family owned and operated, local mattress and furniture store that is proud to call the Auburn and Opelika communities home for more than twenty years. Visit our showroom on Opelika Road in Auburn and let us help you discover your next mattress.